Learn React and Redux by examples 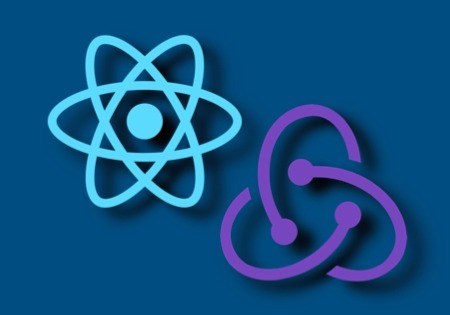 What will you learn in this course?

Who this course is for:

This course is fully up-to-date with the latest version of React (16.12.0)  and includes Redux and Routing  feature!

What's this course about?

Learn React and Redux by coding examples. Learn all aspects of the most popular JavaScript framework today using simple but very powerful examples.

For a long time, JavaScript has been the key element of the world wide web. Historically, it's been used for front end validations, dynamic menus, making some AJAX requests etc.
But things have changed since the introduction of Single Page Applications (SPAs). The first major such framework was Angularjs (1.x) from Google, which eventually made way to the new Angular 2, which now is called just Angular. Angular is a very complete framework addressing each and every issue that an application needs.

Developers at Facebook reased a completely different kind of framework called React (or ReactJS), which uses a combination of plain JavaScript and HTML elements (in XML syntax), called JSX. Unlike the Angular framework, this one simply addresses the View part of MVC. The main goal of a React application is to breakdown the entire web application into a bunch HTML-like elements called Components. A component defines the visual appearance of your UI, while converting the data it holds into user interface elements.

This course will start from ground zero and explain what exactly React is and how you may use it (and for which kind of apps). Thereafter, we'll go all the way from basic to advanced. We'll not just scratch the surface but dive deeply into React as well as popular libraries like react-router and Redux.
By the end of the course, you can build amazing React (single page) applications!

Hi. My name is Vinod

Hi, my name is Vinod, and I am a software trainer, consultant and freelance developer. I am the creator some of the highest rated courses on Udemy. In my professional career, I have trained hundreds of thousands of software engineers. Teaching is not only my profession, but also a passion. Creating online courses gives me the opportunity to reach and help students across the world.
facebook instagram linkedin twitter youtube

Be the first to know

Get information about new course release, discounts and offers
You're signing up to receive emails from Learn With Vinod
Welcome!
Enter your info below to login.
Forgot your password?